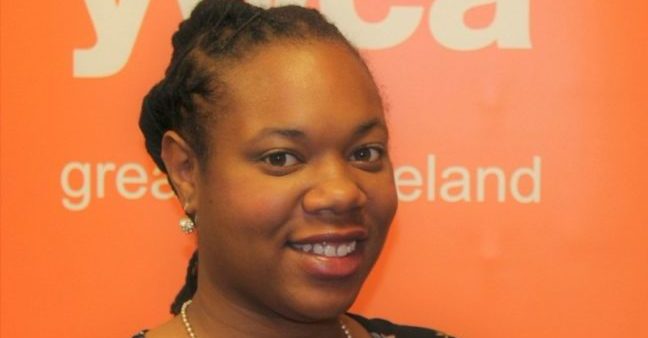 Learn About Our Scholarship Honorees

She hopes to strengthen the skills that she developed while completing her associate degree in Applied Sciences in Paralegal Studies at Bryant & Stratton College. Ms. Griffin is looking forward to participating in the many services and opportunities afforded to her by College Now, especially those that will teach her best practices to manage her financial aid.

Shadaria decided to pursue a career in the legal studies field after seizing an opportunity to shadow a Bedford Heights judge. Through this experience, Shadaria gained a greater understanding of the judicial process, which solidified her desire to work within that system to help her community. Meeting and building a relationship with Judge Paris was the cherry on top of an incredible experience, which would shape Shadaria’s path for the future.

Following her time in the courtroom with the judge, Shadaria pursued additional mentoring opportunities with the former prosecutor of both Warrensville Heights and Bedford Heights to gain a different perspective of legal studies.

The Cleveland Women’s City Club Foundation YWCA Scholarship Fund Award was specifically designated to the YWCA of Cleveland. In line with the YWCA’s mission and work, this award supports female high-school graduates (or GED recipients) aging out of the foster care system. Contributions from generous donors are accepted through The Cleveland Foundation.

Ms. Aubrey Lokey is a student in her junior year at Cleveland State University. She will be the first female in CSU’s history to graduate with majors in both physics and computer engineering with a minor in mathematics.

Aubrey is a talented young researcher. As a summer intern with the NASA Glenn Research Center, she became an integral part of a research team focused on studying instabilities that occur in flow boiling systems. Her work in this area is published and featured at research conferences.

Off-campus, Aubrey is passionate about sharing her love for science and engineering with a younger audience. Every month, she participates in Physics Friday activities with k-8 students through a volunteer group called Society of Physics Students (SPS). Aubrey is also involved in the Hidden Figures Event, which promotes diversity in the fields of science and engineering. Between her academic accomplishments and community involvement, she serves as an extraordinary example for all other CSU students.

The Dr. Jennie S. Hwang Award recognizes an outstanding female sophomore or junior student who is majoring in a science, engineering or technology-related discipline, including life sciences and pre-med.

The scholarship was created through the generosity of Dr. Hwang, a recipient of the YWCA Woman of Achievement award. Dr. Hwang is a scientist, engineer, author, worldwide speaker, corporate executive, and entrepreneur, who is internationally distinguished in business and technology.