400 Years of Inequity: A Call to Action 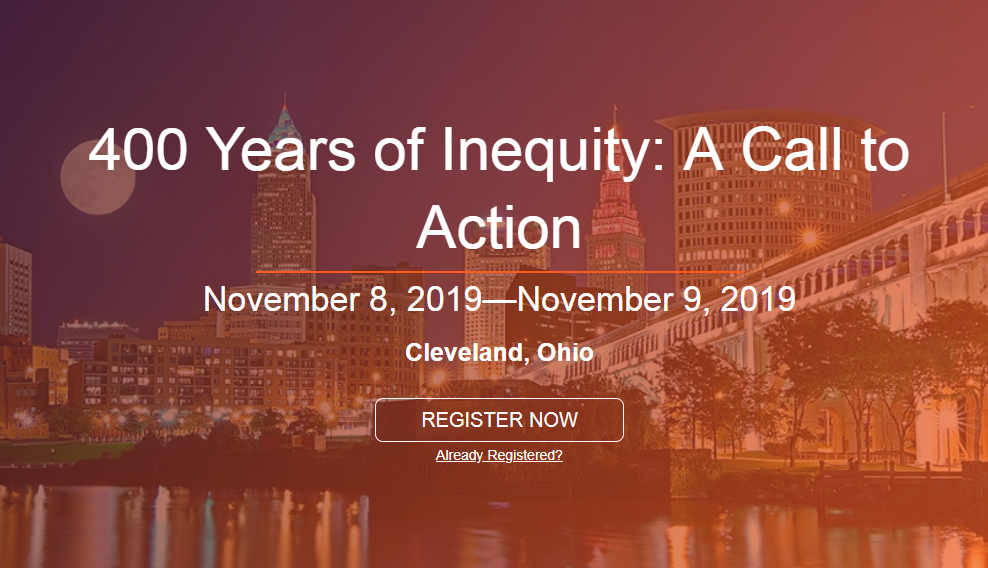 This year marks 400 years since Africans in bondage were sold into chattel slavery here in British North America. After slavery ended, mistreatment of African Americans was codified in local, state, and federal laws, policies, and practices designed to accommodate Jim Crow, which spread this ideology throughout the entire country. Today, circumstances in America remain unfair for African Americans, as seen in racial disparities in health, economic security, housing, the justice system, and beyond.

The YWCA Greater Cleveland and First Year Cleveland believe the inequities in social conditions that were forced upon slaves and their descendants have led to the racial disparities we see today.

To that end, we are hosting a national summit this fall in Cleveland, Ohio, that will commemorate the 400-year anniversary, enhance understanding of the relationship between past and present, and spark action toward an equitable future.

Join YWCA President & CEO Margaret Mitchell, First Year Cleveland Executive Director Bernadette Kerrigan, and national maternal and infant health expert Dr. Arthur Jamesand hundreds of others for two days of dynamic speakers, skills-building and educational breakout sessions, powerful performances and exhibits, and a unique opportunity to connect with people near and far who share a commitment to equity and justice.

There are no upcoming events.