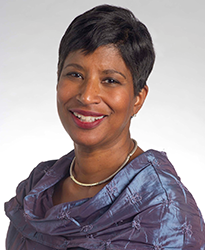 Forbes Fields was responsible for United Way of Greater Cleveland’s Regional Initiatives, a portfolio that encompasses local and state government relations, race, diversity, equity and inclusion initiatives, management of the Geauga office, board management, co-leadership on the $4.5 million Accountable Health Community Advisory Committee and reviewing all legal matters. In addition, she facilitated the creation of the United Way’s Equity Leadership Council which provides guidance and advice on United Way’s race, diversity, equity, and inclusion initiatives.

“After an extensive nationwide search, it is my honor to welcome Helen to YWCA Greater Cleveland,” said Pat Gardner, President of YWCA Greater Cleveland’s Board of Directors. “We knew that the next CEO would need to be a singular individual who could continue the momentum YWCA has built over the past decade, support our organization’s continued growth, and have the resilience to lead us through this moment of backlash to the progress we have made as a country towards racial and gender equity. Helen has been a life-long advocate for Cleveland with deep ties in our community. Her determination, strategic thinking, and grace are why we are thrilled to have Helen leading us in this next chapter of YWCA’s history.”

“It is an amazing thing to have the opportunity to lead an organization that has been so integral to the fabric of my hometown,” said Forbes Fields, “I do not accept that the challenges we face as a city are too complex or too broad to face. As President and CEO of YWCA Greater Cleveland, I will ensure that we continue to name and directly address the impact systemic racism and sexism have on women and girls in our community.”

Prior to United Way, Forbes Fields had over 31 years of experience practicing law with the Forbes, Fields & Associates law firm, where she was previously active in the firm’s public law and municipal finance practice. Forbes Fields was involved in various public and privately placed issuance of revenue bonds and general obligation bonds for the State of Ohio and its political subdivisions, the Board of Education of the Cleveland City School District, Ohio, and other cities and counties in the United States. She served as Law Director to the City of East Cleveland, Ohio in 1997 and 2005.

YWCA is dedicated to eliminating racism, empowering women, and promoting peace, justice, freedom, and dignity for all. YWCA Greater Cleveland was established in 1868. It is the seventh oldest YWCA in the country and one of the oldest continuously operating nonprofits in Cleveland. For over 150 years, YWCA has fought to bring shelter and structure to the vulnerable, to build greater racial equity, and to provide a space where women’s leadership is valued and promoted.