HomeGrace McComsey M.D.: Woman of Professional Excellence
A- A A+ 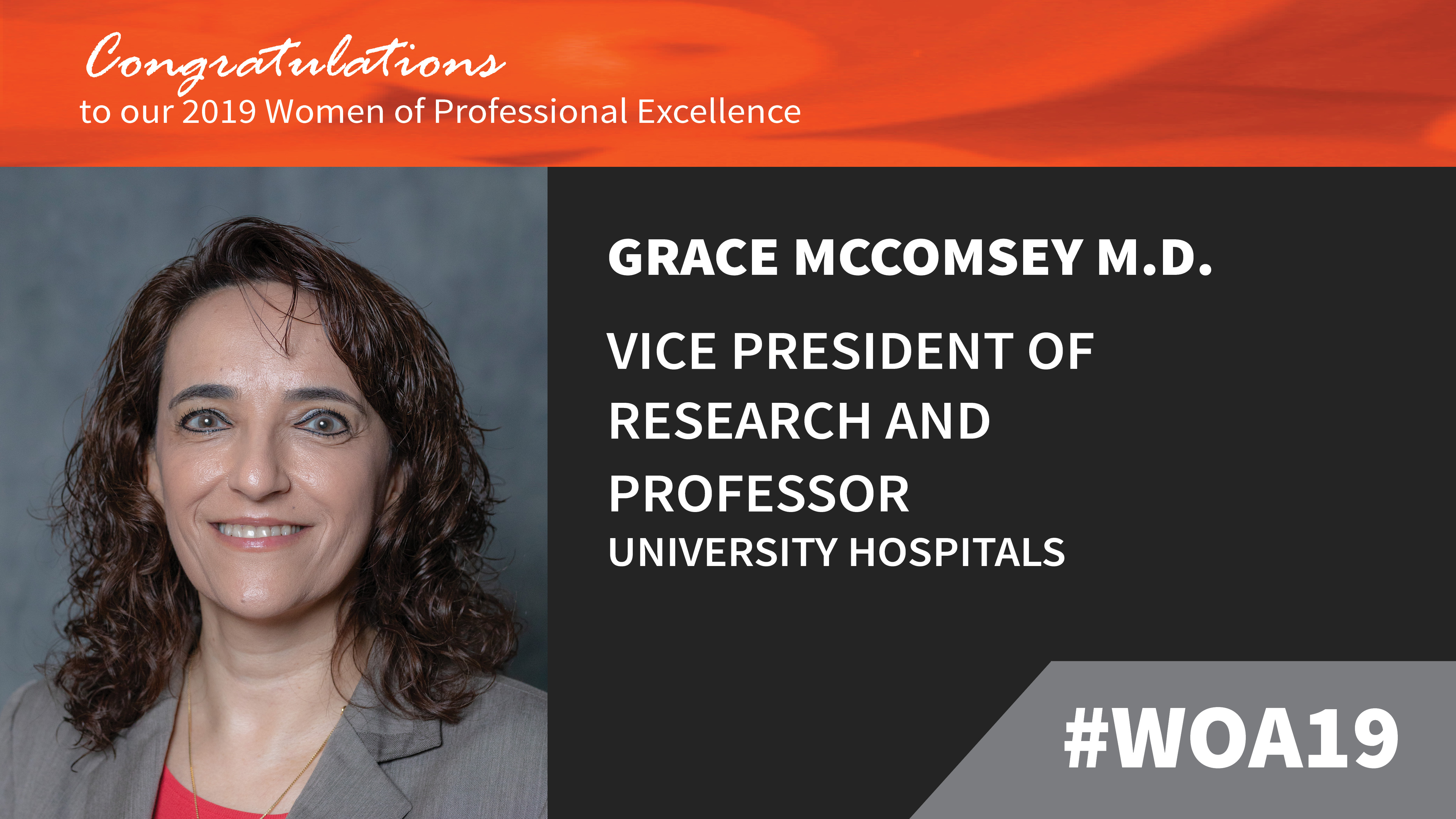 Grace is professionally fulfilled “being able to merge science and technology to improve the lives of people suffering from physical or mental illnesses. In addition to my role as a VP of Research, I am a well-known researcher in HIV and have made significant discoveries in that field and have mentored more than 40 (mostly women) in HIV research.” With her father having a high profile career as a federal appeal court judge during the time of a harsh civil war, she admires her parents the most since they were able “to shelter me and my siblings from being bitter and hateful. They taught us to focus on the positive things in life, be tolerant and appreciate people individually for who they are.” It’s no wonder she describes herself as tough, compassionate, and tenacious.