HomeWho We AreHistory
A- A A+

These words were taken from the Encyclopedia of Cleveland History published in 1987:

“For decades the activities of the YWCA became the prototype for a number of other women’s organizations. Programs that became centerpieces of social settlement houses – expanded for mothers and children – were modeled on classes and services first offered by the YWCA.”

YWCA Greater Cleveland is not only a storied organization, but more importantly, the YWCA is an organization that others look to for ideas, for guidance, and for help.

Our mission statement describes what we do, who we do it for, and how and why we do it.  While the mission has evolved, this powerful phrase, from the 1850 statement, has remained constant: “Peace, justice, freedom, and dignity for all people.”

From its inception, the YWCA has worked to empower women. Soon thereafter, eliminating racism—wherever it exists, by any means necessary—became a part of our core as well.  YWCA Greater Cleveland leaders are continuing to tackle barriers related to gender, age, class, race, and all forms of discrimination.

In 2018, YWCA Cleveland marked 150 years of service. A cause for celebration of goals achieved and lessons learned was also a time for rededication. We continue to work with invigorated effort to ensure a future where family and youth homelessness are rare and brief; where racial disparities are eliminated; where the leadership of women is valued and promoted.

Our past is rich with stories of impact and change, with real achievement in empowering women and eliminating racism.

Throughout our history, YWCA has been in the forefront of most major movements in the United States as a pioneer in race relations, labor union representation, and the empowerment of women.

1858
The first Association in the U.S., Ladies Christian Association, was formed in New York City

1890
The first YWCA for Native American women opened in at Haworth Institute in Chilocco, Okla.

1894
The United States of America, England, Sweden and Norway together created World YWCA, which today is working in over 125 countries

1907
YWCA of the USA incorporated in New York City

1918
YWCA was the first organization to send professional workers overseas to provide administrative leadership and support to U.S. Armed Forces

1920
Based on its work with women in industrial plants, the YWCA Convention voted to work for “an eight-hour/day law, prohibition of night work, and the right of labor to organize”

1934
YWCA encouraged members to speak out against lynching and mob violence, and for interracial cooperation and efforts to protect African Americans’ basic civil rights

1938
YWCA in Columbus, Ohio, establishes a desegregated dining facility and is cited by The Columbus Urban League “for a courageous step forward in human relations.”

1944
The National Board appears at the U.S. House of Representatives and the U.S. Senate hearings in support of permanent Fair Employment Practices Committee legislation

1970
The YWCA National Convention, held in Houston, adopted the One Imperative: “To trust our collective power towards the elimination of racism, wherever it exists, by any means necessary”

1982
YWCA establishes Fund For The Future

1992
YWCA National Day of Commitment to Eliminate Racism began in response to the beating of Rodney King, an African American man, the acquittal of four white Los Angeles police officers accused of the crime, and the subsequent riots and unrest across the country

1995
YWCA Week Without Violence was created as a nationwide effort to unite people against violence in communities. The annual observance is held the third week of October

2001
Steps to Absolute Change was adopted. YWCA shifted from a top down to a bottom up grassroots organization. Local associations joined regions and elected their regional representatives to the National Coordinating Board

2004
Igniting the Collective Power of YWCA to Eliminate Racism, YWCA USA’s Summit on Eliminating Racism, was held in Birmingham, Ala.

2008
YWCA celebrates its Sesquicentennial Anniversary, 150 years of service, with the launch of the “Own It” campaign. The campaign focused on igniting a new generation of 22 million young women aged 18 to 34, inspiring them to get involved with important issues facing women and the country today

At the YWCA Annual Meeting in May 2012, a transition from the prior regional structure to a national federated structure was approved, followed by the adoption of new bylaws in November 2012.

Over 2 million people participate in YWCA programs at more than 1,300 sites across the United States. Globally, YWCA reaches 25 million

2013
YWCA USA transitions from an internal national coordinating board to a new board of directors driven by women of influence as well as YWCA leaders.

2015
YWCA USA develops a Mission Impact Framework and Theory of Change to focus and clarify our diverse body of work in racial justice and civil rights, women and girls’ health and safety, and women and girls’ empowerment and economic advancement.
Stand Against Racism becomes a signature campaign of YWCA USA reaching over 700 locations across the country.

2016
YWCA launches the YWCA Is On A Mission brand awareness campaign to deepen YWCA’s impact in local communities and on the national scale.

2021
YWCA Greater Cleveland becomes a recipient of YWCA USA’s Excellence Award for Racial Justice in recognition of exemplary and innovative programming and advocacy. 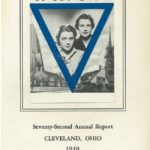 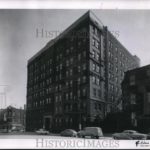 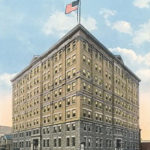 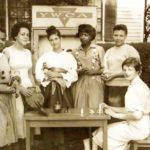 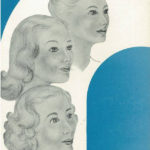 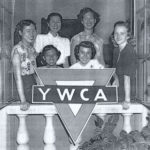 How Our Programs Have Changed

In 1882, YWCA of Cleveland established Day Nurseries around the city, and by 1893 was providing day care for over 11,000 children. These early centers were decades ahead of their peers, and catalyzed day care services across the country, in hundreds if not thousands of sites.

Today, our Early Learning Center offers trauma-informed and high-quality pre-school education to children ages 3-5—all from homeless or otherwise vulnerable families. In its first two years of operation from 2014-2016, only 3% of families returned to homelessness each year, and none of the parents lost parental rights. 75% of participating parents (compared to 45% at outset) reported having significant social connections with their children; none reported school expulsions.

Since YWCAs of New York and Boston began providing housing in the 1860s, housing has remained a major concern for many local YWCAs. Originally providing boarding for women moving from farms to cities, YWCAs now offer housing for women and children, battered women’s shelters, and full-service housing including job and personal support.

Housing services at the YWCA began in 1869, with the home for Erring & Unfortunate Girls for unmarried mothers and children.  While some YWCA housing services YWCA were less relevant by the 1960s, homelessness remained a YWCA’s priority.

Then, in 2011, YWCA Greater Cleveland returned to housing with a 23-unit permanent residence for mainly female homeless youth ages 18-24, with an emphasis on those transitioning out of foster care. Independence Place provides a secure home along with wrap-around services that promote self-sufficiency and self-determination with dignity and respect. Residents with young children find additional support by enrolling them in the YWCA’s Early Learning Center.

In 1911, delegates at the YWCA convention were concerned that women coming to cities to work might turn to prostitution. They therefore voted to fight for a new minimum wage law so that women could support themselves with dignity. This launched the YWCA’s work in public policy—including work to advance the role of women, and end racial injustice.

Over a century later, that work continues in Cleveland with A Place 4 Me, the advocacy and system change initiative led by the YWCA. Working with a collaborative of 30 partners, the goal of AP4M is simple: end youth homelessness. A Place 4 Me is serious about that goal: recently the collaborative accepted the challenge of securing homes for 100 homeless young people, many who had aged out of foster care, through a national effort of A Way Home America and the Rapid Results Institute.  Cleveland, one of 3 U.S. cities selected to participate, housed 105 homeless young adults 100 days—only 8 of whom have returned to homelessness.

The YWCA’s commitment to racial justice is longstanding: the first African American branch of the YWCA was organized in 1889 and 1890, the first YWCA serving American Indian young women formed in Oklahoma. The record of subsequent YWCA actions for racial justice is replete with similar examples, within states and across the country.

In 1951, the Hough Avenue Community reached out to the YWCA Cleveland and YMCA Cleveland to develop a co-educational develop racial justice program; and in 1965, the YWCA’s Office of Racial Justice was established. Whenever and wherever racial justice was an issue in northeast Ohio, the YWCA of Cleveland was helping lead efforts for change.

In 1870 the first typewriting instruction for women began at the New York City YWCA, when typewriting was considered a man’s job. Soon thereafter, the NY YWCA offered sewing machine classes, followed by courses in practical nursing. Thus began a long tradition of active promotion of workforce equality—and a commitment to making sure that women had an equal place in society.

And here in Cleveland, the YWCA also promoted women’s leadership—in 1923, one of the first two women elected to Cleveland’s City Council, Marie Remington Wing, was Secretary of the YWCA Cleveland. Those efforts continue into the present day.